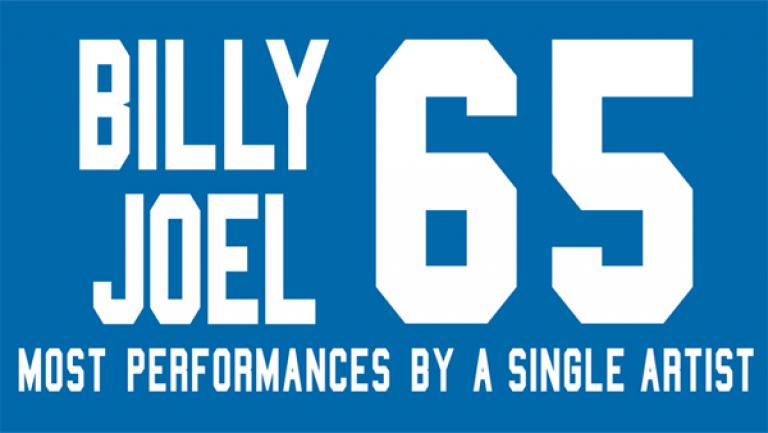 Billy Joel celebrated his record-setting 65th appearance at Madison Square Garden on July 1st with … “The King of Queens” star Kevin James presiding over the banner-raising ceremony to mark the occasion, as Joel passed Elton John as the artist who has headlined the arena the most times. … Joel became the first person to have two banners hang in the Garden's historic rafters. … Joel's other banner marks the most consecutive performances at the arena, a record that currently stands at 19. Both of the Hicksville native's banners will change monthly, as he continues to break records with his open-ended residency at the Garden. Joel, 66, referenced his MSG debut on Dec. 14, 1978, by playing “Honesty,” a ballad he rarely sings. – Newsday

“Welcome to Madison Square Garden – the center of the universe,” Billy said as 20,000 fans roared. “I didn't know I'd be here 65 times, amazing. I want to thank you very much for making this possible.” … Joel was excited throughout his performance, which featured his top notch band. … Elton John, 68, previously had the MSG record with 64 performances. Joel sang John's “Goodbye Yellow Brick Road” as yellow lights beamed from the stage. “He's a good man and a good friend and I'd like to dedicate this song to him,” Joel said. – The Associated Press

On Wednesday, fans were in even greater spirits as they prepared to witness their native son make history. … More than two hours later, Joel had given the 20,000 in attendance exactly what they'd come to see. He seemed genuinely awed by his record-breaking achievement. … “I [thought] a long time ago that if I didn't have a record every year on the charts, it would just go away. People would stop coming. I haven't had a record on the charts in 22 years.” – The Village Voice

When Joel goes back to 1980’s Glass Houses, it’s usually for the pseudo-New Wave smashes “You May be Right” or “It’s Still Rock and Roll to Me” or the breezy acoustic jam “Don’t Ask Me Why.” On Wednesday, as a treat to those who dig deeper cuts, he dug out the album’s closer, “Through the Long Night,” a Beatles-esque tune he said he’d only played one other time. … During the encore, Joel fans hoping for a guest appearance by one of Billy’s big-name pals were undoubtedly psyched to hear the opening chords of “With a Little Help from My Friends.”Joel played Joe Cocker's version of the Beatles classic with only the support of his bandmates — most notably multi-instrumentalist Crystal Taliefero-Pratt, who provided some mighty fine background vocals. – Billboard 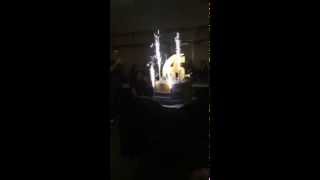 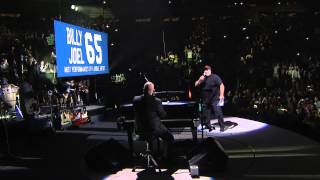