Billy Joel is a man of his word. After inviting Jimmy Fallon to join him on stage during an appearance on The Tonight Show earlier in the week, Joel brought the late night host out at Madison Square Garden Thursday night. The two New Yorkers dueted on “Sherry,” “The Lion Sleeps Tonight,” and “Unchained Melody” at Joel’s January show during his residency at the iconic New York City venue. Fallon also rocked a New York Rangers hockey jersey during “Start Me Up.” – Entertainment Weekly 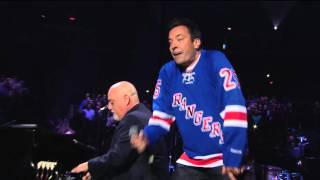 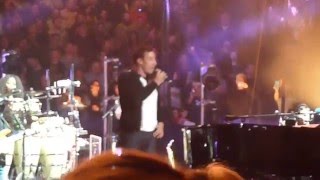