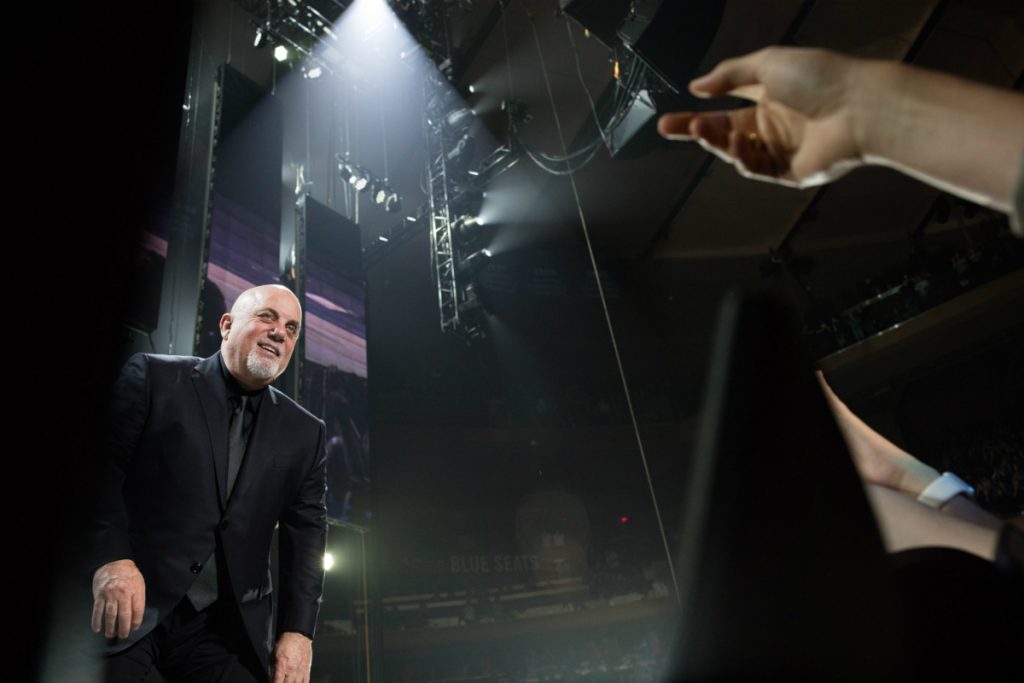 Billy Joel performed a two-hour set at Madison Square Garden, cleverly mixing crowd favorites and deep album cuts. …He was in playful mood for the 49th Residency sellout and his 95th career artist performance as the entertainer looked to be having as good a time as the euphoric crowd on Wednesday night.

Joel seems intent on varying the set list for the monthly shows, including plenty of die-hard hits for casual fans while thrilling the loyal ones, and obviously himself, with relatively lesser-performed numbers like “Stop In Nevada” (from his 1973 album Piano Man) … Joel also continued his tradition of “Fielder’s choice” as fans chose “Vienna” over “Just The Way You Are” and “The Entertainer” over “Root Beer Rag” and again choosing “Don’t Ask Me Why” over “All For Leyna” with “Zanzibar” over “Stiletto” and the last choice was “Downeaster ‘Alexa’” over “Leningrad.”

Billy Joel accompanied Mike DelGuidice on piano as he belted out “Nessun Dorma,” showcasing his wide vocal range, and his ability to hit three octaves on key.

He closed his set with the perennial classic tunes “We Didn’t Start the Fire,” “Uptown Girl,” “It’s Still Rock and Roll to Me,” “Big Shot” “Only The Good Die Young” and of course, “You May Be Right” which veered into a medley with Led Zeppelin’s “Rock and Roll.” His entire band rocked as a whole, and Joel still manages to put on the best live rock show and can keep packing this legendary room every month for as long as he wants.