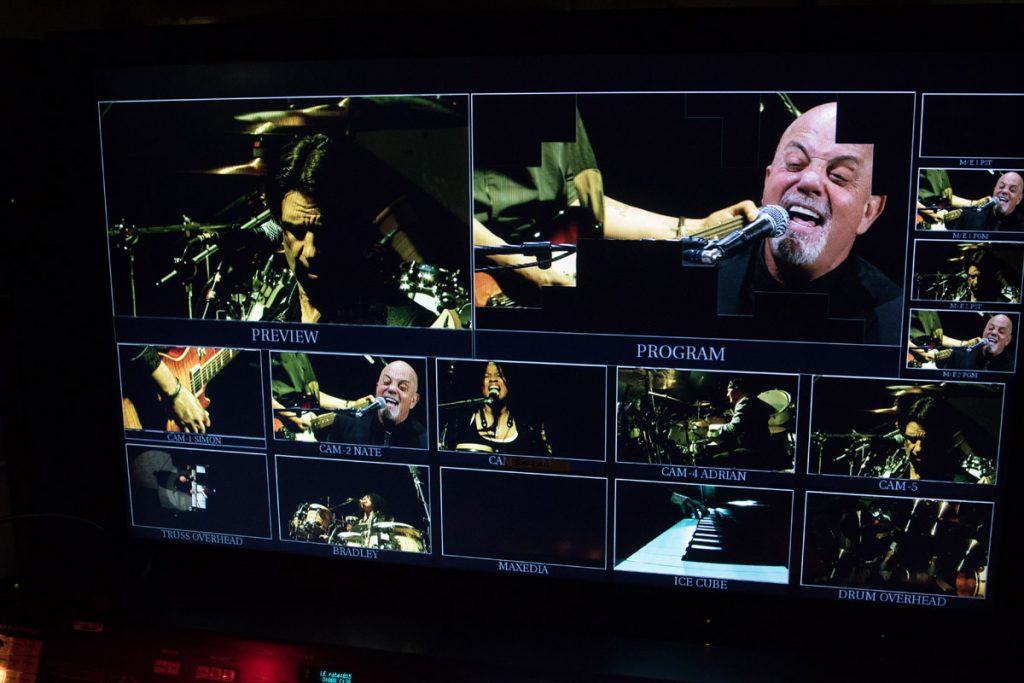 Billy Joel was in a holiday state of mind for his final Madison Square Garden show of 2016. His stage was lit like a Christmas tree during “Say Goodbye to Hollywood.” He donned a Santa hat for “Have Yourself a Merry Little Christmas,” one of a sack full of holiday songs (some pretty, some, er, festive) woven into the two-hour, 20-minute set. For much of the concert, it felt more like an informal house party than an arena show. And that’s what makes Joel’s record-setting monthly residency so successful. Three years in, the show changes to suit Joel’s mood, as well as topical and timely shifts. – Newsday

After a verse of “The First Noel,” the Rock and Roll Hall of Famer joked that this is not “The First Joel” here at the Garden. “We got snow for half hour,” he added. He immediately broke into “Prelude/Angry Young Man,” which went on to garner him and his band a standing ovation. He took his fans on a trip down memory lane to The Nylon Curtain album in 1982 with “She’s Right On Time,” which featured Mike DelGuidice, Tommy Byrnes and Andrew Cichon on backing vocals. – Digital Journal