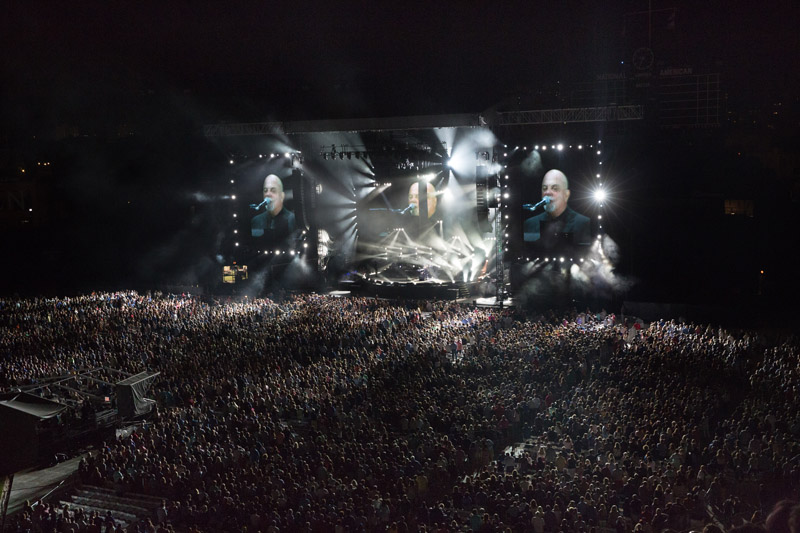 Billy Joel has rewritten the history books once again, this time as the first artist to perform at Chicago’s Wrigley Field for three consecutive years. He delivered an abundance of hits, but offered up enough deeper cuts to please even his most die-hard fans while also mixing up his setlist from his previous visits. His opening number, the intricate and energetic “Prelude/Angry Young Man,” quickly demonstrated the timeless nature of his music that spans well over four decades. – AXS.com

From the moment Joel hit the stage banging the keys to “Angry Young Man” to his signature “Piano Man,” Joel delivered a concert experience like no other. Joel bantered with the crowd all evening, giving them “fielder’s choice” on which songs to play, created an impromptu song about killing flies around his piano, made “Star Wars” references, notably saying he felt like Vader when strapping on the harmonica and joked about his first three marriages, which he chuckled “may the fourth be with you.” … But Joel’s power encore of “We Didn’t Start the Fire,” “Uptown Girl,” “It’s Still Rock N’ Roll to Me,” “Big Shot,” “You May Be Right” and finally “Only the Good Die Young” brought the house down. – The Northwest Indiana Times

While he can always be depended upon to present many tried and trues (“My Life,” “Just The Way You Are,” “Allentown,” “She’s Always A Woman”), repeat attendees have surely relished the increasingly common audience selection segments and surprises that explore more distant corners of his 150 million album selling catalogue. For round three at Wrigley, that meant rarities such as the brass-stacked “Big Man On Mulberry Street,” the retro girl group-inspired “Say Goodbye To Hollywood,” the contemplative ballad “And So It Goes” and even a mash-up between his own “River Of Dreams” and the oldie “Heatwave” (soulfully sung by multi-instrumentalist Crystal Taliefero). – Chicago Concert Reviews 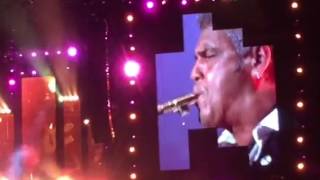 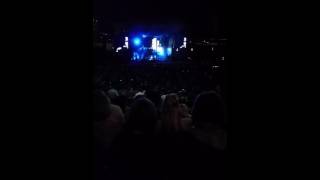