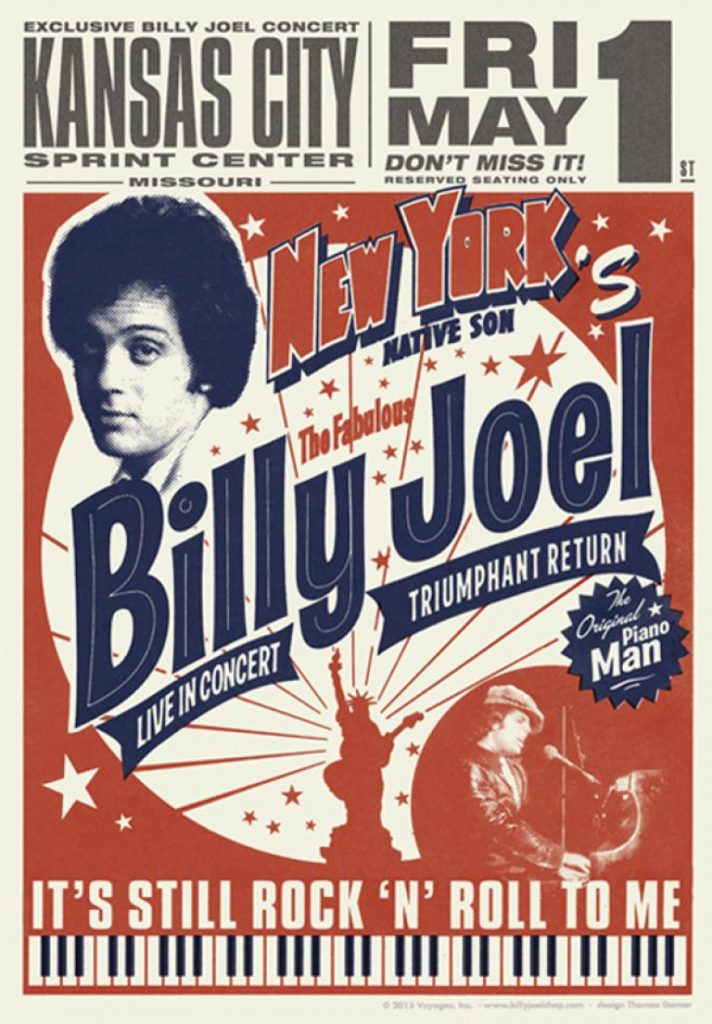 This was one of those shows: where the arena is packed from the floor to the rafters; where the crowd stands for nearly the entire show, singing along to nearly every song; where the air is electric and the crowd and everyone on stage draws energy and emotion from one another. Friday night, Billy Joel drew a crowd of nearly 18,000 to the Sprint Center, and for more than two hours, he and his eight-piece orchestra kept everyone in the place suspended in a state of euphoria. – The Kansas City Star

From the moment he and the band hit the stage to the melody from Beethoven’s Ninth Symphony (or “Joyful, Joyful, We Adore Thee,” if you prefer) and then segued into a manifesto mini-set with “My Life” and “Movin’ Out,” it was clear that the evening was going to be about his songs – a lot of songs. … The best aspect of the show was Joel sweating it out and just plain having fun. He took his audience – and, by extension, his music – completely seriously. Himself? Not so much. – The Pitch 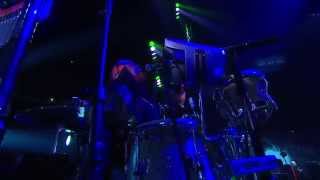