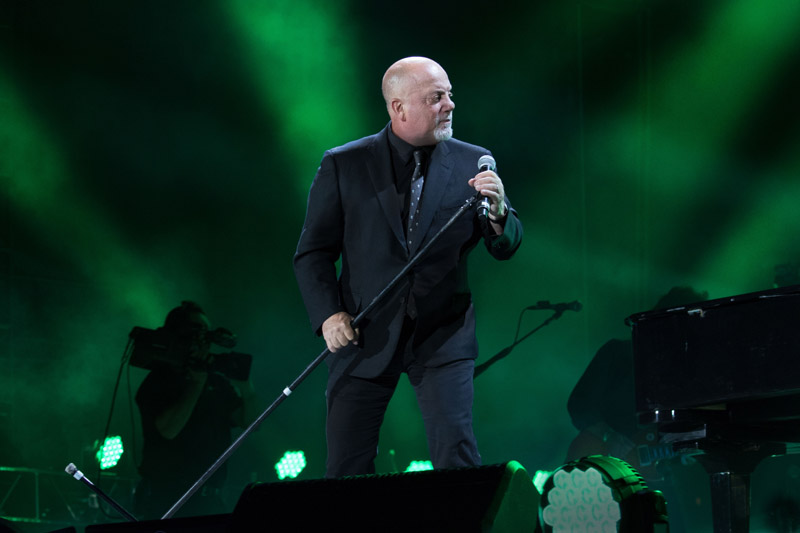 “I should come here more often!” pop-music’s famed piano man told the enthusiastic audience of 42,000 fans. They responded, not surprisingly, with a deafening roar of approval. Joel’s “Gee, you think?” observation came just after he performed his jaunty, Beatles-ish “Don’t Ask Me Why,” perhaps the best Paul McCartney song not actually written by McCartney. It was the 14th selection in Joel’s 26-song, two-hour-and-22-minute concert. – The San Diego Union-Tribune

After a brief intermission, Joel came out for an encore starting with “Uptown Girl,” followed by “It’s Still Rock and Roll To Me,” “Big Shot,” “You May Be Right” (performed with a Padres-jersey-clad Jason Mraz), and closing the show with “Only The Good Die Young.” – San Diego Reader