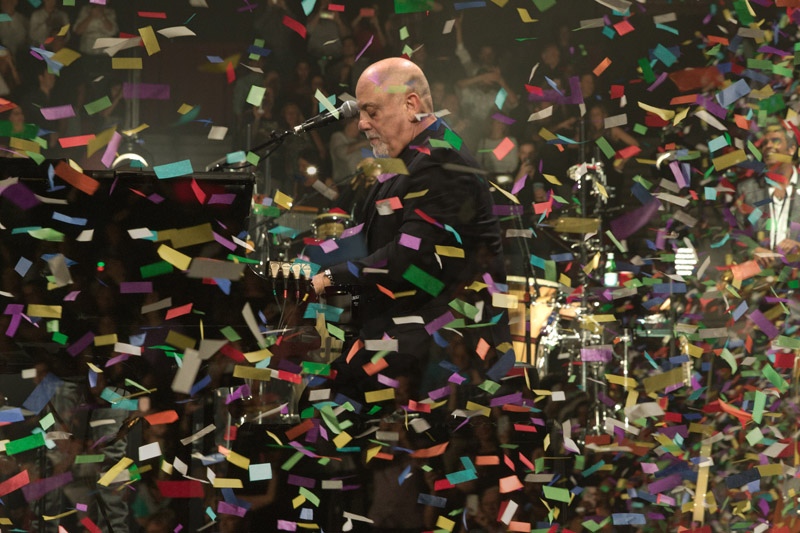 Billy Joel began playing at 10:30 p.m. and didn’t exit until 1 a.m. He structured the concert to play like the ultimate Millennium gig – the greatest pop hits of the last century, his own and spirited covers, including a trio of Led Zeppelin songs to lead into the New Year countdown where he was aided by guests Howard Stern and Jimmy Kimmel. … Remarkably, Joel’s elastic voice sounds undiminished by time, almost as youthful and pliable as it did when he first released the hits and buried cuts he played from his most popular albums. – Miami Herald

The special thing about Billy Joel is that his music “takes you back to a specific time in your life.” For comedian Kevin James, it was holding hands with his first girlfriend during a couples’ skate at a roller rink while Joel’s music played over the loud speaker. If you think about it, there are more moments than you might realize where Joel’s music has been part of the soundtrack. Whatever Billy Joel song touches your heart, he likely played it during his sold out New Year’s Eve concert at BB&T arena. The man played his heart and soul out for nearly three hours and 23 songs. – Palm Beach Post

Because of the occasion (New Year’s Eve), the name on the marquee (Billy Joel), and the price of admission (more than a little), this had to be a spectacular show, and it absolutely was. … Joel thrilled the crowd with spirited covers of the Beatles’ “Hard Day’s Night” and three Led Zeppelin tracks: “Fool in the Rain,” “Good Times, Bad Times,” and “Dazed and Confused.” It’s clear that he loves performing and enjoys working on one of the biggest holidays of the year. He wanted to be in South Florida as much as we wanted to be in the audience. – New Times Broward-Palm Beach 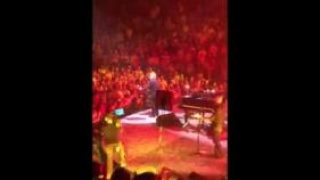 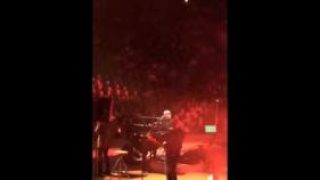 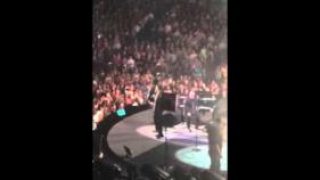