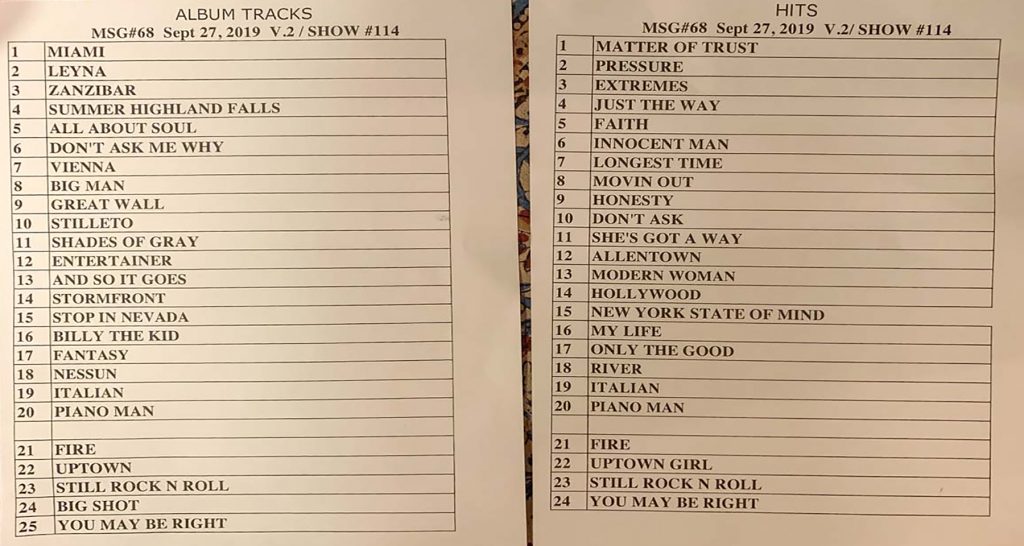 In show #114 at Madison Square Garden, Billy Joel let the audience choose what set list of songs would be played The ALBUM TRACKS OR THE HITS LIST! The Hits List won.