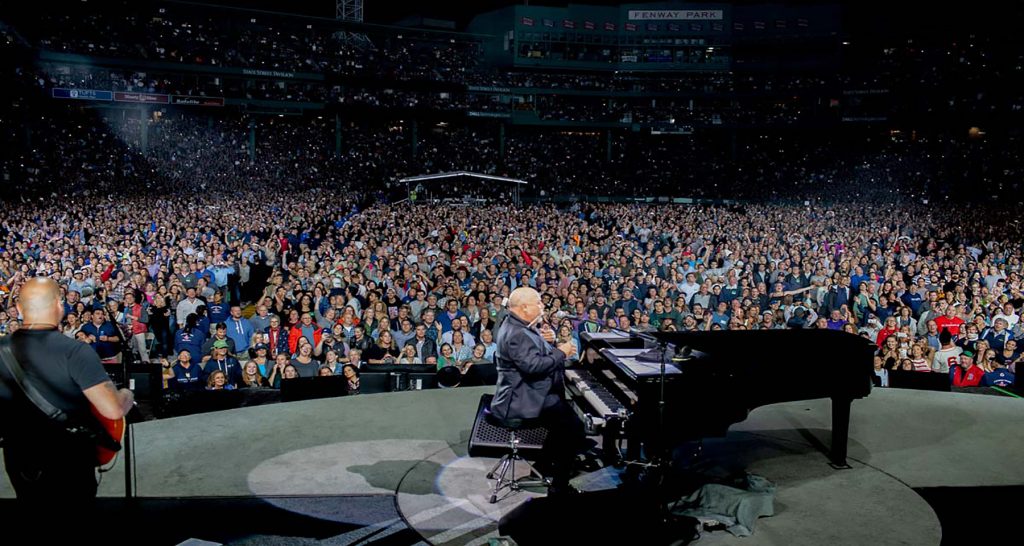 “Joel’s best moments are the ones that combine his talent for incisive observations with punchy pop-rock that updates the templates laid down by Buddy Holly and the Beatles in a way that lets in the occasional flex of instrumental prowess. “A Matter of Trust,” the 1986 track that opened Saturday’s show, is an ideal example; fueled by a crisp riff, it underscores its open-your-heart plea with the sort of joyous bounce one feels in their step when love goes right. Other songs played on Saturday — the agitated “Pressure,” the power-pop-in-sneakers “Sleeping With the Television On,” the social-climber kiss-off “Big Shot” — have similar thematic and musical echoes, with Joel’s expansive band making the songs brawny enough to fill Fenway’s large dimensions.” – Boston Globe