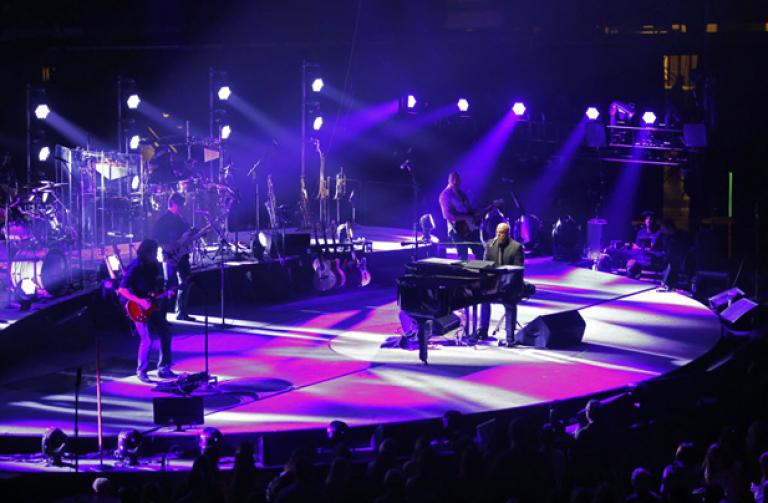 Billy Joel is a fantastic showman and performer and he plays the piano better than most people brush their teeth. It's easy and effortless. And we'll get over the fact that Joel never played “Uptown Girl” or my personal favorite, “The Stranger.” There was the ambitious-when-released “Scenes from an Italian Restaurant,” which is somewhere in between deep cut and hit in his catalog. He did “Movin' Out (Anthony's Song)” along with “The Ballad of Billy the Kid.” And of course “Piano Man,” which closed out the show before the encore, was a cloud pleaser. Joel didn't really even have to sing it because everyone knew the lyrics. – Dallas Observer

He certainly doesn’t seem bored playing the hits, and there’s the added bonus: Such songs as “Scenes from an Italian Restaurant” and “Piano Man” and show-closer “Only the Good Die Young” have aged remarkably well. … I thought “The Entertainer” was the night’s highlight — it’s the joke that keeps on giving. In 1974 it was about a guy one miss away from disappearing (“You’ll forget my name/And I won’t be here in another year/If I don’t stay on the charts”). In 2015 it’s sung by a guy who hasn’t been on the charts in decades — and sells out every show. And I like the fact it’s the one song on his set that sounds like the year in which it was written. – The Dallas Morning News 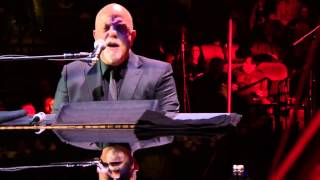 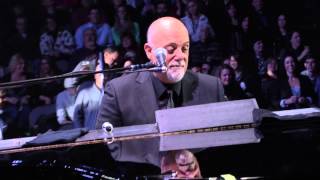 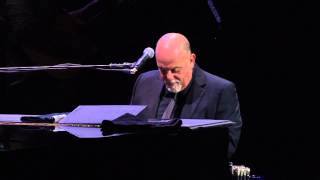