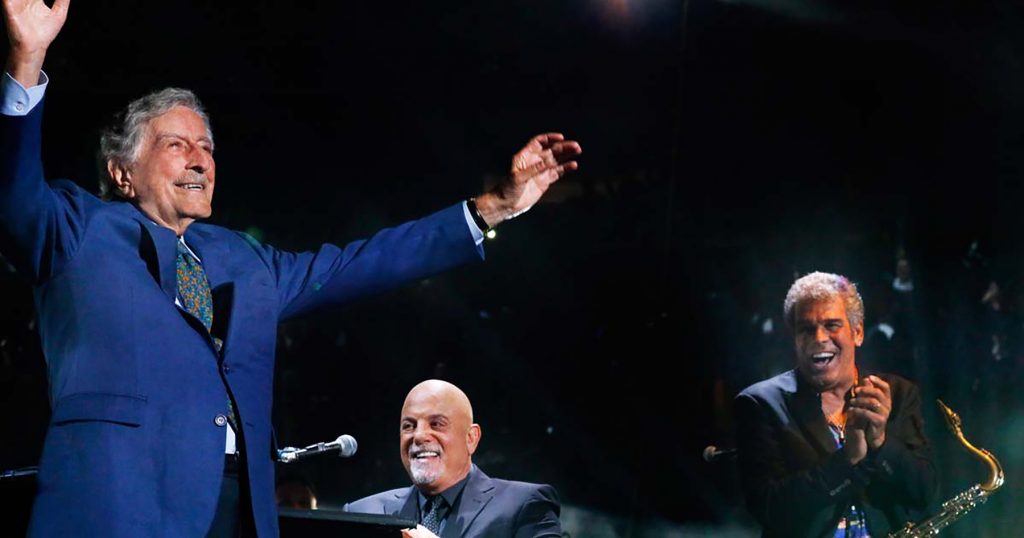 Tony Bennett took the stage at Madison Square Garden and sang “New York State of Mind” with Billy Joel. Tony waved and smiled as the crowd roared. Tony stopped by after appearing at a fundraiser at the Hammerstein Ballroom for the Exploring the Arts Foundation, which Tony runs with wife Susan Benedetto. Also, pianist Lang Lang joined Billy Joel on stage for an electrifying performance of “Root Beer Rag.” The concert marked Joel’s 63rd consecutive show at MSG. 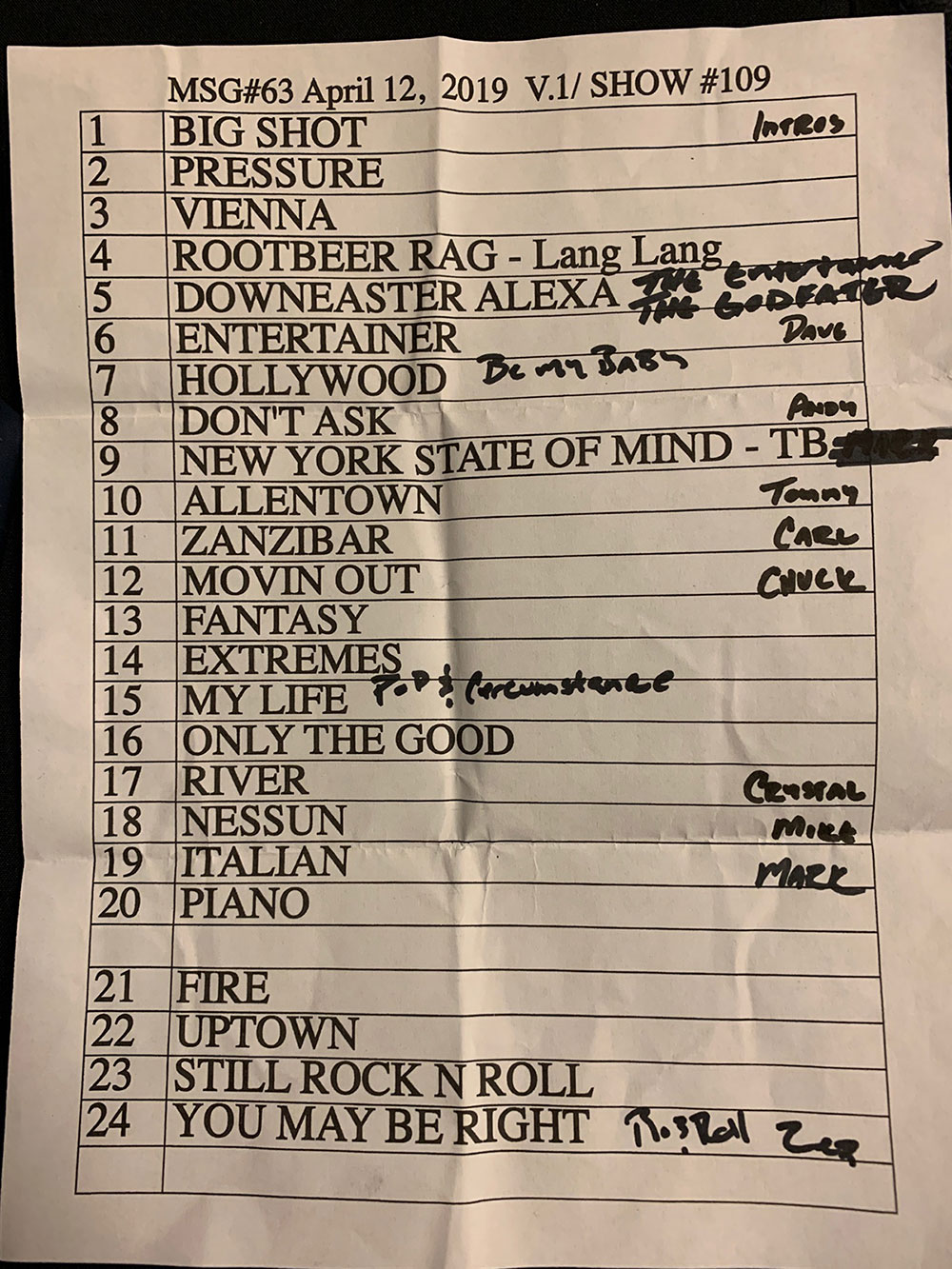