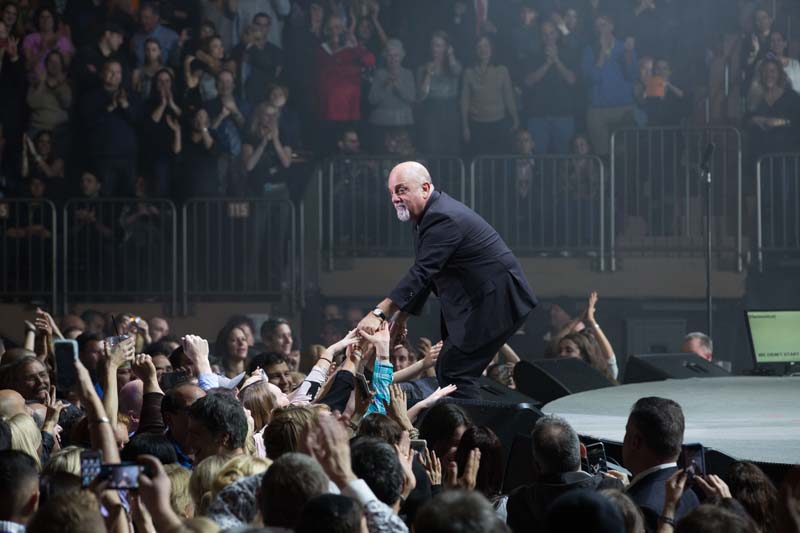 Billy Joel started strong with “Miami 2017,” the mock-apocalyptic tribute to New York that is even more poignant now after the Sept. 11 attacks, then segued into “Pressure.” … Joel's voice was in fine form, strong and flexible, hitting highs and lows with the same ease with which he delivered interstitial patter. … The audience was given two “fielder's choices” where it selected, by clapping, one of two proposed songs. “All for Leyna” soundly defeated “Zanzibar,” and “The Downeaster 'Alexa' ” trounced “Summer, Highland Falls” even more decisively. No surprise that this audience would prefer the dramatic Long Island fisherman's lament to a Hudson Valley idyll, but Susan and I were gratified when, later in the show, Joel sang “Summer, Highland Falls” anyway. In fact, we were brought to tears. – Erica Marcus for Newsday

Last night, Billy Joel's record-breaking run of shows at Madison Square Garden in NYC continued. The Piano Man welcomed a pair of old friends up to the stage at different points of the performance as both Sting and John Mellencamp shared the stage with Billy and his band on Tuesday night. … Sting emerged 13 songs into the performance to duet with Joel on “Big Man On Mulberry Street.” … Towards the end of Joel's main set, The Piano Man welcomed John Mellencamp to the stage. Mellencamp was backed by Billy and his band on a rendition of his 1983 hit “Crumblin' Down.” The show came to a close with a four-song encore of “Uptown Girl,” “It's Still Rock And Roll To Me,” “You May Be Right” and “Only The Good Die Young.” – JamBase 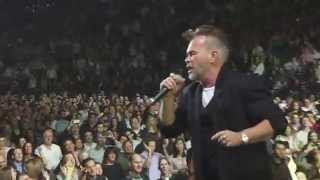 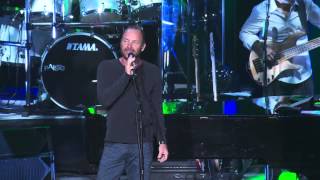